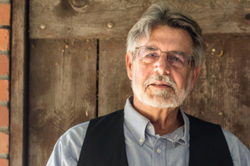 Lonon Smith switched from acting to writing after a fellowship at the American Film Institute’s Center for Advanced Film Studies.  After work in film and television development that included “Matlock,” “The Cosby Mysteries,” and the indie film “Blueberry Hill,” he settled in Sacramento where he has returned to acting.

Lonon appeared in and directed “My Three Angels” and “Almost, Maine” with Theater One and was seen in “Cat on a Hot Tin Roof” for the Actor’s Theater of Sacramento.  He's also directed "Jules Verne" for Theater One.  His first novel, “Wise Men,” was published last year. 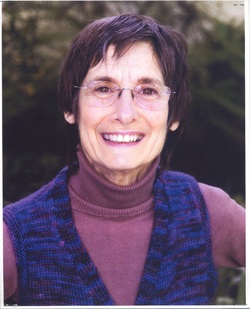 Scarlet has recently been seen in the Sacramento Actor's Theatre Festival of One Acts, Remember Isobel and Toke at the Ooley Theatre.  She appeared in Thistle Dew Dessert Theatre's Chicken Little's Christmas Party and Shorts and Shorters, Actor's Theatre's The Best Man and Museum.  She is very pleased and honored to be acting with such talented actors - now at the Geery - thanking you so much for coming! 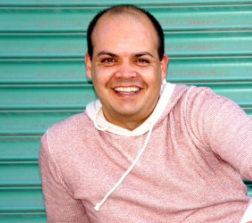 Corey is a recent transplant to Sacramento from Modesto, CA where he was born and raised and appeared in several shows with both Community Theatre groups and the Modesto Junior College Theatre Department.  Having taken a 10 year hiatus from the stage he is ecstatic to be debuting in "Moving Mountains" as his 1st Sacramento Stage full length play.  Corey recently appeared in Ed Claudio's Actors Theater Annual Comedy One Act Play Festival. Corey is thankful to Elise for giving him this opportunity to be reunited with his "first love", the stage. He is also honored to be able to work with this array of extraodinary and talented cast. Corey would like to thank his family and friends for their love and support and to the acting community of Sacramento for welcoming him with open arms, helping him regain his acting chops, and most of all for helping him feel like he is home. 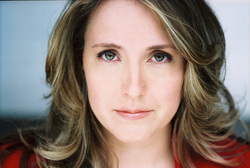 I am so pleased to be getting back on stage for this production.  Having appeared as Sister Mary Kate in Beggars in the House of Plenty, the dual role of Colleen/Sister Mary Lucille in Catholic School Girls, a rather man hating crank in Female Dogs, a strung out dope addict in Ladies Who Lunch, and a myriad of roles in the monologue play Vital Signs, and lastly a embittered, lonely married woman who blames her husband for the loss of their son, its nice to be doing a truly humorous role as Elaine!

I got my start with The 68 Cent Crew Company in LA about 8 years ago where I've not only acted, but directed, produced and had my own full length play performed.  I am pleased to be producing, directing and acting in this production with such a fun and lovable cast!!! 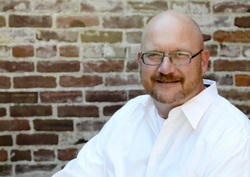 Sean has been involved with theatre in Sacramento for the last 13 years. He is an active member of the Actors Workshop of Sacramento and has performed in over 20 of their productions including The Merchant of venice, Of Mice and Men, GlenGarry Glen Ross, Inherit the Wind, Titus Andronicus, Death of a Salesman, Hamlet, Beyond Therapy, Strangers on a Train, and That Championship Season. He has also performed locally in Productions of The Best Man, Cat on a Hot Tin Roof, and more recently Beirut.  He last worked with EMH on the debut of My Fellow Creatures.  The pleasure he found in the creativity of the stage led him to New York, where he studied theatre arts at the New Actors Workshop.

He is very grateful to the cast and crew of this production for their desire to 'play' with him and he would like to thank his family and friends for their unwavering support even when he wasn't sure of the path for which he chose.
"Sometimes, those close to you, know you better than yourself". Trust. 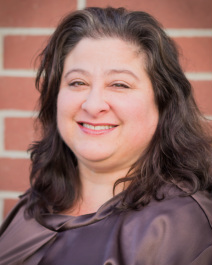 It is such a privilege to be cast in "Moving Mountains" with such an amazing theater company and, not least of all, this wonderful cast and crew. It has been an exciting few years back in theater, including performances with Ed Claudio's Actor's Theatre in productions such as "The Best Man" and "Occupy Christmas", as well as several plays in the Annual Festival of Comedy One-Acts ("The Other Shoe", "A Funeral Home in Brooklyn", and "Amenities"). I've also done a bit of technical/stage managing work with the Actor's Studio's production of "Lawrence and Holloman" and EMH's production of "Liar". 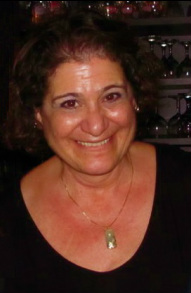 Having recently reprised her Elly nominated role of Dolly Biddle in Ovation Stage's production of The Kitchen Witches, Deborah is excited about working with EMH Productions and Moving Moutains. Deborah has appeared in many local shows with Calfornia Stage and owes her 'return' to the theater scene to many friends. This show is dedicated to L & A and all the family with love.

AUDREY KERSTER - STAGE MANAGER... .& whatever else we need! 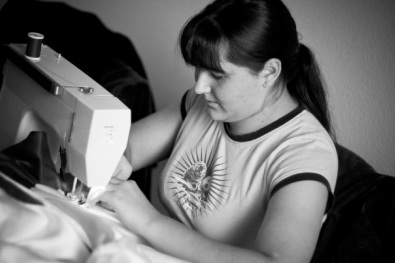 Audrey is a freelance Stage Manager and seamstress in the Sacramento area.  She recently created the lighting design for Dog Sees God: Confessions of a Teenage Blockhead and is excited to have returned to EMH Productions as a Stage Manager.

On a side note from EMH, We are THRILLED to have her!  :) 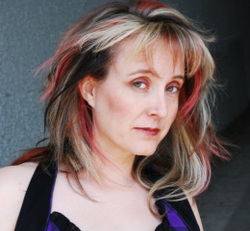 I'm really thrilled to be bringing this last production until the fall onto the stage at the Geery Theatre.  It rounds out the series of shows for EMH since October of 2012.  I started out with a deeply disturbing look at pedophilia, moved into the world of a fractured marriage, then tackled teenage suicide and bullying,  but now I get to revel in the comedy of life and love.  All these shows do have a commonality, despite what you may initially think:  An exploration of love in the forms of the abhorrent, the traditional (marriage), the young (teenagers), and now it ends with the Seniors.  And it also ends with an actor I began with, Lonon Smith.  After having him play such a reviled character, I felt it only fair to let people see him in a better light.

My first full out directing and producing came with "My Fellow Creatures" presented at the Wilkerson Theatre in Sacramento last fall, 2012.  It was an experience for sure and one I am grateful to have had.  It is where I got to work with 3 really talented guys who have now all been in a second of my shows:  Dan Fagan in Liar and now Sean Williams and Lonon Smith in Moving Mountains. Its wonderful to be working with Sean and Lonon again plus my other great finds in Adrianna Marmo whom I directed last year in Ed Claudio's Comedy One Acts, and Scarlet O'Connor whom I directed last year in Shorts and Shorters and shared the stage with recently in Remember Isobel. 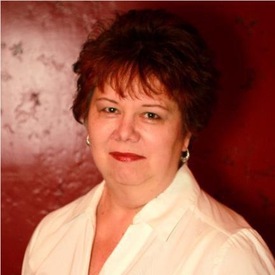 Peggi Wood is a minimalist writer with a collection of flash fiction, "The Hunger Pain Stories,” in progress as well as a play, “The Consequences of Peanut Butter.” She brings 25 years of marketing and public relations with a focus on new media. Peggi graduated summa cum laude with a BA in Mass Communication and a Masters in Public and Political Communication from CSUS with research awards for her work on issues of inequality and power as well as guilt, shame and redemption. She is the casting director for Stories on Stage, social media director for the Actor's Theatre of Sacramento, works with Celebration Arts and promoted EMH's “Liar." This is Peggi's second EMH production as co-producer, having just finished a successful run of "GOD SEES GOD: Confessions of a Teenage Blockhead." She is also co-producer of "A Tiger Without Mercy."
Peggi is thrilled to be working on another production that brings increased awareness of socially conscious issues in a format that subverts hegemonic ideologies. 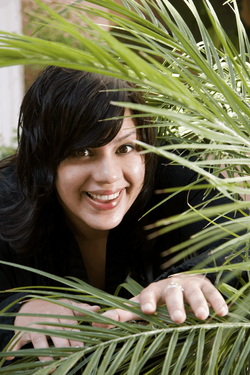 Amy Kelly is an actress, comedian, v.o artist, and impersonator.  Her impressions range from Joan Rivers to Robert De Niro.  Ms. Kelly just returned from shooting a lead role in Matt Riddlehoover's latest film West Hollywood Motel, her film credit's include, Nick and Tristan Go Mega Dega (2010) and she has starred in numerous independant cult classics that have screened internationally. Amy guest starred in the Comedy Central series Free Radio and VH1's reality series New York Goes to Hollywood. Amy is best known as a comedic powerhouse in L.A.'s longest running comedy show All About Walken, "The Impersonator's of Christopher Walken. Ms. Kelly's B Street performances include Well, 39 Steps, The Snow Queen, Extraordinary Things: Through the Eyes of Anne Frank, The Young Tom Edison, Hansel and Gretel, the B Sketchy comedy shows and most recently Robyn is Happy.  She is ecstatic to be returning to the world of directing and is honored to have been asked to co-direct this heartfelt play.  Special thanks to Elise, her production team and the wonderful and dedicated cast of Moving Mountains.

We thank Amy Kelly for taking time to step in and help with the direction of this show.  Its great to have her on board with her wonderful eye for comedy as well as her insights into our characters.  Amy has been seen in many productions as an actress at B St. Theatre and just closed a show there, Robyn is Happy.  Her credits are varied and extensive and we look forward to working with Amy again!

EMH THANKS THE FOLLOWING PEOPLE FOR THEIR SUPPORT AND CONTRIBUTIONS: