The Peanuts Gang as teens teach us what it really means to be one in this confusing day and age. 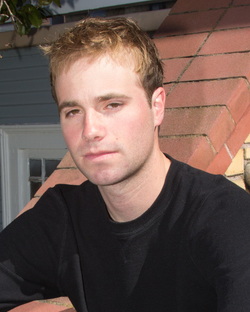 Kevin is very pleased to be part of this production. Kevin has been acting for a little over a year in Sacramento. He recently appeared in Ovation Stages the Kitchen witches, The Actors theatre of Sacramento’s The Best Man, and Our Town at Sutter Street Theatre in Folsom, and Toke at the Ooley Theatre. Kevin is also a semi-professional house sitter and would be more than willing to accept jobs from interested parties. Special thanks to Ed Claudio for being a very understanding teacher, his fellow Sacramento actors, and Elise for casting me. And Thanks to family and friends for their support. 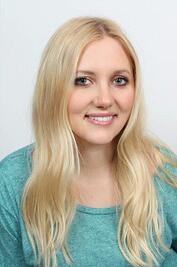 I am truly grateful and excited to be a part of this production and to be working with this talented cast and crew. For the past two years, I have studied with the Actor’s Workshop of Sacramento and appeared in A Voice of My Own and The Annual Comedy One Acts.  Other local credits have been with Thistle Dew Dessert Theatre and Arden Playhouse. I want to thank my friends and family for their continued support. 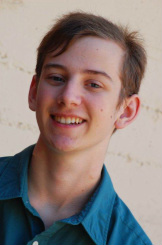 Jacob is excited to be a part of this upcoming production. He grew up as a fan of the original peanuts and years ago even played Woodstock in Snoopy the Musical. He is really interested to be revisiting it from such a different angle, and to be turning from bird to man. Jacob's favourite recent roles include "Henry" in Skin of Our Teeth with Falcon's Eye Theatre, "Silvius" in As you Like it with the Sacramento Shakespeare Festival, and "Sebastian" in Twelfth Night at Big Idea Theatre. Jacob is also an active improviser at Comedy Sportz Sacramento. Be well. 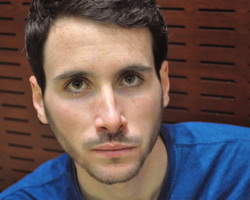 I am truly honored and excited to be performing my first play with EMH Productions. I am a local actor, writer, and director. I started out doing improv and stand up comedy in San Francisco, where I performed at many venues, including The Purple Onion. Locally, I have performed at Sacramento Comedy Spot and Tommy T's. I studied film for two years at San Francisco State University, but left when I realized no one shared my interest in awful grindhouse movies about vampire sex cults and werewolves on motorcycles. I appeared on an episode of the conservative daytime confrontation show, The Bill Cunningham Show, playing a giant ball of sleaze in one segment. (I may face legal trouble for admitting to playing a character on that show, so it's our secret.) Currently I am directing a movie in Nevada that I co-wrote with my comedy partner, titled Kamp Kilmer, and I'm also developing a script for a screwball comedy based on the Dorothea Puente case. In my spare time I run a blog called Unsolicited Criticism where I write about recent movies. Additionally, I co-host a weekly podcast with my good friend and fellow actor Amy Kelly, called Amy and Declan at the Shitty Movies, where we discuss notoriously awful films. I am very excited to work with such a talented cast and crew, and to be performing this exceptional play! 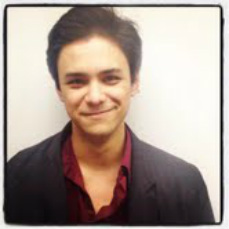 Brennan Villados is excited to be doing his first show with EMH Productions.  He was last seen playing Bassanio in Merchant of Venice, in Imprint Theater Works first production.  Before that he played John in Baby and the Bathwater with Ovation Stage.  He also had the good fortune this year to play both Romeo, with flaming red hair in Resurrection Theatre’s punk version of R&J, as well as Mercutio with Folsom Lake College.  You may have also caught him in other venues and film festivals in and around Sacramento. 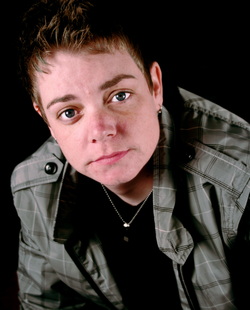 Jovi is very excited to be apart of this production of Dog Sees God. This is her first acting appearance in... well, ever, although she's no stranger to the stage. Over the last eight years, Jovi has become a regular name among many different audiences, primarily for her spoken word poetry. She also spent many years as a lead performer for two successful drag/dance troupes. She's excited to tackle someone else's written work and get a little femme while doing so. 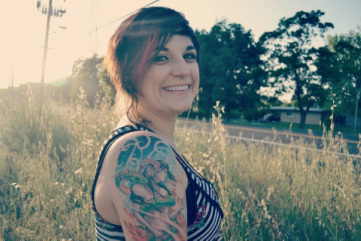 Jacke is a queer feminist activist. She plans lots of community events and is especially good at bringing people together. She has been heavily involved with the Vagina Monologues, both as a producer and a cast member, since 2007. She will be performing "Reclaiming *&$%" in the Sacramento Vagina Monologues in April. Aside from that, this is her first experience with community theater and has been loving every bit of it! The cast, directors and production team have all been incredible to work with and hang out with. She has learned a lot and has a new found appreciation for theater and acting. 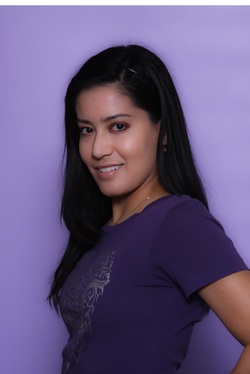 After working behind the scenes in film production and graduating from Santa Clara University with a Bachelor of Arts in Communication (with a Video Production emphasis), Marcela has taken her passion for storytelling to the stage. As an actor she got her start with The Actor’s Workshop productions of Occupy Xmas, The Other Shoe, Anything for You, and most recently, Beauty. She also had the opportunity to learn more about the art of theatre with her technical work in the EMH Production My Fellow Creatures.
Marcela is excited to work with such an amazing group of people on this project and dive into the twisted and telling world of Dog Sees God. 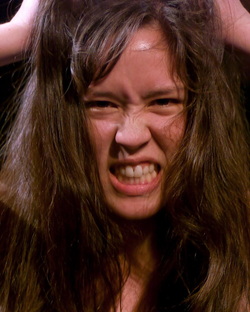 I was told I get to light things of fire...I'm pretty excited about that.
Oh, and I just finished directing the wonderful production, Liar. Before that I produced and played in Danny and the Deep Blue Sea, an Uh, Yup Production. 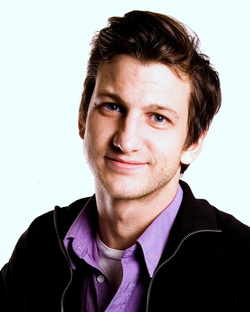 Eason is thrilled to stage Dog Sees God with uber-talented Elise Hodge and to work with such awesome, enthusiastic actors. Dog is the fifth full length play Eason has directed for area non-union theatre. Other work includes That Championship Season and Parallel Lives, for which he received an Elly nomination.

Eason is also an actor, having appeared in productions at B Street Theatre and Sacramento Theatre Company in addition to countless non-union productions with the Actors' Theatre of Sacramento including Strangers on a Train (for which he recieved the Elly for best actor) and the forthcoming Road to Nirvana- the controversial comedy from playwright Arthur Kopit. 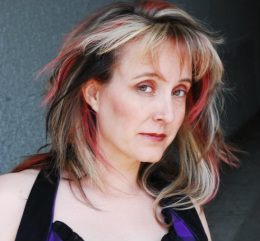 This is my third foray into production but my second into directing and this time with the high voltage Eason Donner.  I'm excited to work with him and this powerhouse of young talent on this show!

I'd never really thought of directing, but several years ago when I was first with The 68 Cent Crew Theatre Company in LA, I started assistant directing.  It was a series of really great, hands on crash course experiences where I got to work with Ronnie Marmo ("General Hospital"), long time TV and film actors Richard Cox, Bobby Costanza, and Michael Rooker as well as the amazing and wonderful Debbie Geffner.  It was through these experiences that I began to take on directing myself.  I've now worked on over a dozen or more shows the last few years and locally in Sacramento that included a really fun time with "Shorts and Shorters" at the Thisltedew Dessert Theatre and "A Festival of Comedies" with the Actor's Workshop under Ed Claudio.

My first full out directing came with "My Fellow Creatures" presented at the Wilkerosn Theatre in Sacramento last fall, 2012.  It was an experience for sure and one I am grateful to have had.  I look forward to many more shows! 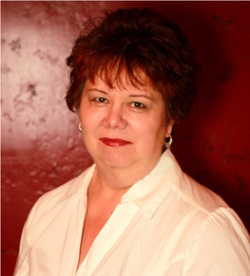 Peggi Wood is a minimalist writer with a collection of flash fiction, "The Hunger Pain Stories,” in progress as well as a play, “The Consequences of Peanut Butter.” She brings 25 years of marketing and public relations with a focus on new media. Peggi graduated summa cum laude with a BA in Mass Communication and a Masters in Public and Political Communication from CSUS with research awards for her work on issues of inequality and power as well as guilt, shame and redemption. She is the casting director for Stories on Stage, has stage managed several productions for Celebration Arts and most recently promoted “Liar” and “Remember Isobel." Peggi is thrilled to be working on another production that brings increased awareness of socially conscious issues in a format that subverts hegemonic ideologies. 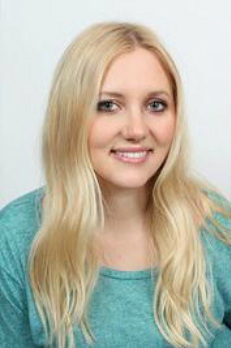 This is my first time producing and I am excited to be part of this side of the process.  I look forward to seeing this show develop.  The cast is really great!  Its going to be a really fun time. 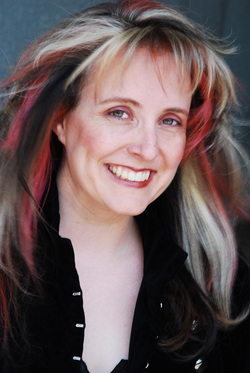 As mentioned above, this is my third foray into production and I am so pleased to be doing this with a great team of women!  Production is so much more than just forking over the money.  Its making a team, rooting them on, getting them out there in public eye and ultimately presenting a product we hope audiences will love.  I continue to grow and learn with each show I produce and see the opportunity here to do so once again.

Thanks to our additional team contributors:  Terri Brindisi and Eric Baldwin for photos and video.  You are amazing!