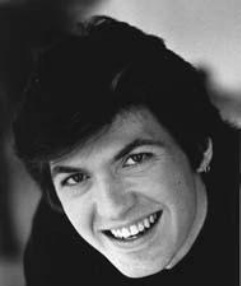 This will be second theatre production by EMH for 2012.  I am beyond pleased to go back to what I love and act in this upcoming show as well!

The Direction is being taken on by the highly accomplished Kara Ow.

Liar examines the power and influence of human interaction and the perils of assumption.  Mark, a young man who is anything you want him to be.  Jeremy, a young gay man looking for a night of fun.  It all comes crashing down when Jeremy mysteriously falls to his death from the roof of an office building these two hang out on one deadly night.  Jeremy's estranged sister, Sherry, befriends Mark under the assumption Mark is her brother's grieving lover.  Mark easily insinuates himself into her life, despite the protestations of her husband Ben.  But Ben is finally brought under Mark's spell as well, where Mark effortlessly gains access to each of the couple's inner most dark secrets.

The results:
Is Mark nothing better than a murderer, a gifted Liar?
Or is he the savior this couple needed to repair their dead marriage.....

OUR CAST IS CHOSEN!!!

FEAR IS THE MONSTER UNDER THE BED

Inspired by the play
My Fellow Creatures 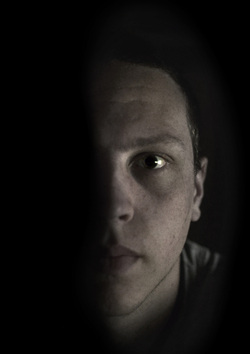 Once I became involved with producing the play My Fellow Creatures, I began researching the subject of pedophilia simply because I knew only that pedophiles are child molesters.  Imagine my surprise when I discovered they are not mutually exclusive, and on top of that, the number one video that pops up on google regarding the topic is an exceptionally darkly comedic cartoon.  If you're not prepared for it, you might have the reaction I did which was absolute horror.  I had just wanted helpful information.  This was clearly not.

I decided that a true PSA was desperately needed.  So I gathered up my friends in LA and Sacramento, posted on the acting sites I could and found over 50 people who participated.  The vast majority of the participants are survivors of child molestation.  They came forward to lend their voices to this project and I am overwhelmed by their courage to do so.  I thank those who came as the voices of people like me, who want to help and be there to listen when victims come forward, and ultimately to encourage those with pedophilia to seek help, BEFORE they harm a child.

This photo was provided in a "free photos" section of the Weebly Site.  What struck me about it is that it
exemplifies the complexity of the issue:

The person in that photo could be any one of those facets.....

BE INFORMED, BE LISTENING, AND BE SOMEONE WHO WILL HELP.  LOOK UNDER THE BED AND BRING THE FEAR OUT OF HIDING.  ITS BEYOND TIME.

the PSA WILL BE AVAILABLE SOON.....  SO STAY TUNED.

AN AMERICAN DEBUT!
MY
FELLOW
CREATURES
by Michael Rubenfeld 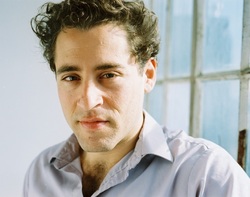 THIS SHOW IS NOW CLOSED.  BUT IS WAS AMAZING!!

This is my (EMH's) first foray into the world of directing and producing all by my little self... well, no, I'm not little really but hey... (the picture, fyi, is the gifted Canadian writer himself, Michael Rubenfeld.)

I've done so much work over the years with my family, The 68 Cent Crew Theatre Company, so nothing really feels like its new or something I've not handled before.  But in truth, this is a first for me and I AM SO HONORED to bring this show to life with this really awesome cast:  Sean Williams, Lonon Smith, John Young and Dan Fagan.

My Fellow Creatures is the story of Arthur, a man in jail for the last 12 years.  His crime:  Loving a 10 year old boy.  Or so he would say.  When the new inmate arrives, Kelly, Arthur's romanticized version of the truth is brought into serious question.  Kelly provokes him in ways he doesn't understand, ultimately leading to a confrontation that gives voice to victims everywhere of child molestation.

Sept. 28- Oct. 14th with the role of Kelly being taken over by DAN FAGAN

SHOW TIMES & TICKETS
ABOUT the CAST
ABOUT OUR CHOSEN CHARITY

As a long time member now of The 68 Cent Crew Theatre Company in LA, I am honored to be doing my first feature film as a producer in association with them.  Ronnie Marmo, its Artistic Director, founded this amazing company with nothing but a few friends and 68 cents in his pocket.  But a billion dollar heart has made 68 a home for many a homeless actor.
Coming to LA can be a daunting and lonely experience as Ronnie, myself and many many others can attest to.  68 gives us all a home to come to once a week to work out our acting skills in gym, to grow our talent and to find new skills we didn't know we had.

I became  writer, director and now producer thanks to my time spent with the beautiful people at 68.  So in keeping with the mission statement of 68, I decided to tackle writing, directing, producing and acting in a film using the members of The 68 Cent Crew.  We are currently in the script phase, with 7 talented writers working to piece together a story based on our beloved company's experience going to New York during Hurricane Irene to start a NY Branch of The 68 Cent Crew.  Its like Love Actually meets Twister!  (Although on a shoestring budget, the Twister part may be a little less dramatic.)

More on this as it develops.

WANT TO SEE WHAT SHOWS 68 ARE DOING?  THEY'RE AMAZING SO CHECK THEM OUT!!!
CLICK TO VISIT THEATRE 68