Shows listed here were the most impactful on my journey and my audiences.
THANK YOU
to my audiences for embracing these works. 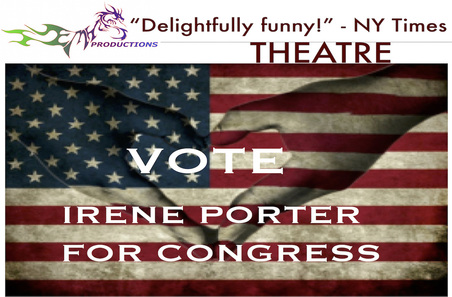 In New York City on election night Irene Porter, widowed Democratic contender for a congressional seat, has just learned she's been narrowly defeated by the elderly male Republican incumbent. Picking up the pieces, Irene turns to romance and bed in the arms of her campaign manager and her campaign treasurer.  This gentle romantic comedy is about politics, sexual equality and sex which is still just as relevant today as when this premiered on Broadway with Colleen Dewhurst.  EMH Productions is proud to be bringing it to life! 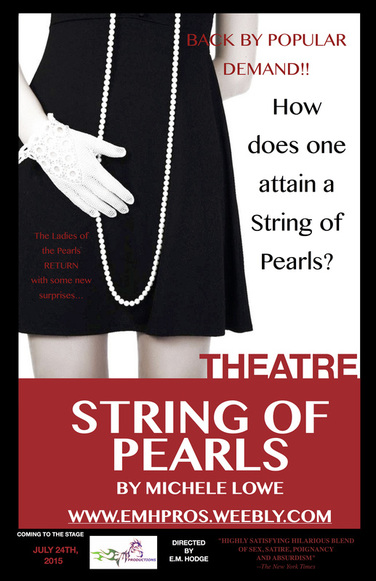 STRING OF PEARLS
by michelle lowe

A string of pearls sparks a journey through time, passing from one woman to the next
in the most unexpected ways, leaving their mark for better or worse on the women whose lives it touches. 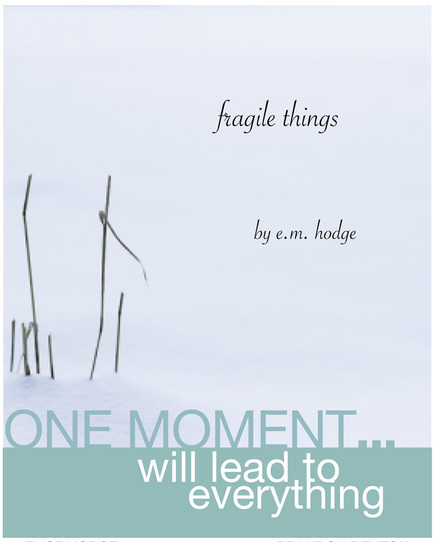 This original work by E.M. Hodge was presented as a workshop with talk back sessions at the NoHo Arts Center in March of 2015.

An Iraqi War vet and the woman he inadvertently kidnaps become trapped not only with each other but their own personal demons as the worst snow storms in history isolate them in a cabin in the woods.

A play about connection, dealing with inner turmoil, and the need to heal even when it doesn't seem possible.....

This production began as a workshop in which to explore the characters and the story more deeply with a wonderful cast of actors and director who had agreed to go on the journey.  What started as a staged reading turned into a show, being presented black box style, a departure from the script written with more of an eye towards a large scale set and production value.   Stripping away a lot of the technical aspects of the show has allowed us to really delve into the characters as well as challenge us each as actors with a complex switch from past to present moments throughout the play.   We will have a talk back session held each night after the show for audience feedback and questions so the writer can take that to do more work on the piece. 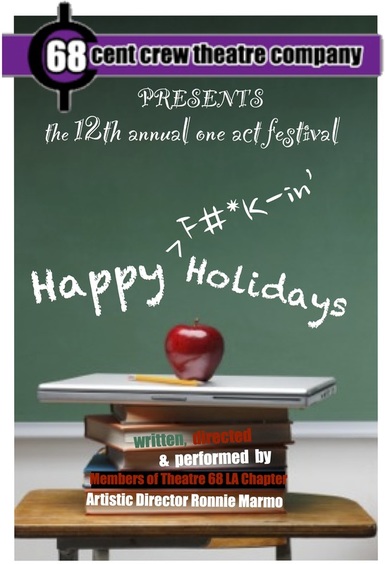 The 12th Annual Theatre 68  One Act Festival
written, directed and produced by
members of The 68 Cent Crew Theatre Company, LA


A night of fun, funny, poignant and moving tales centered around the end of the year holidays. 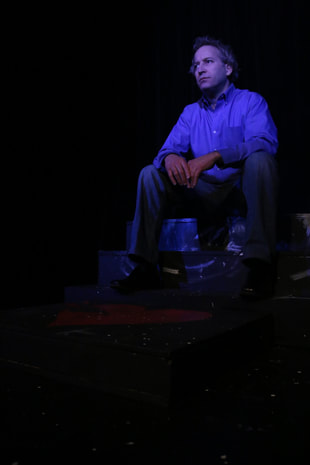 How can two people who love each other, not be together? How can a love that seems so right, be so wrong? Does love really conquer all? And why is a standup comedian asking these questions?!

Told by a master storyteller, what makes It’s Not Personal distinct is the blend of comedy and intensity. There are moments that are laugh out loud funny, and moments that are simply heartbreaking. It’s a traumady. 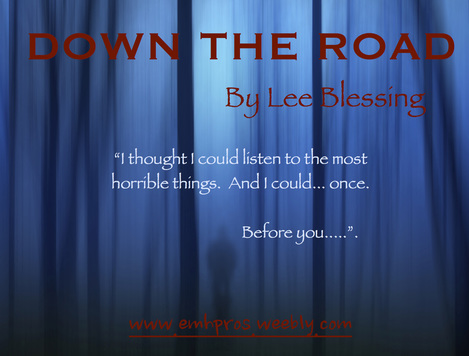 DOWN THE ROAD
by lee blessing

Iris Henniman has taken on her first job with her husband Dan to co-author the first book ever to come directly from the infamous William Reach.  They will hear and record the tell-all gory details of Bill as he recounts his killings of 19 girls.
His last appeal for life without parole as been denied... now all that's left is your participation in hearing his stories
as presented live by Iris & Dan Henniman.

Be prepared for your skin to crawl, just a little, as you watch from the
safety of the live studio audience....