You can check-in, but leaving is another story.

EMH PRODUCTIONS PRESENTS:
MOTEL CALIFORNIA*
﻿*Check in Any Time, But You May Never Leave﻿ 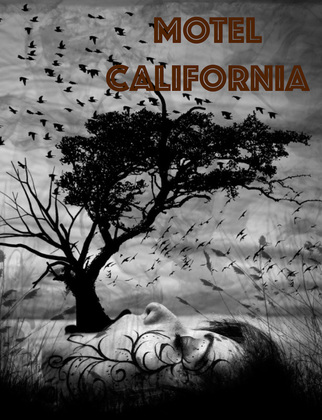 WELCOME to the original new series coming to you exclusively on the EMH Web Channel, home to Your Web TV.


To pay for breaking up with J, Godrielle condemns Ms. Atan to managing the world of the After Life that has become known as Hell, a multi-faceted operation where you create your own punishment or find enlightenment.  Aided by a merry band of misfit fallen angels and apostles who work as desk clerks and general motel staff, Ms. Atan manages the After Life of all who pass through from Earth.

This show is a place for viewers to find anything from comedy to drama, horror to romance.  Anything goes in the After Life!  We begin airing our first season in September 2015 on the EMH Productions YouTube Channel!

So far we have 6 story lines for you to follow.  Watch the story line you're most interested in OR check out the whole series when we go live in September!


TO GET YOU STARTED:

WANT TO PARTICIPATE in an EMH WEB TV SERIES?

Want to write your own series?  Act in an episode?  Direct?  Produce?  DP?  Crew?  Jump in!  Motel CA was created to encourage all levels of talent in front of the camera and behind to participate.   For more information on how you can become part of the Motel California Experience or to get your own series off the ground, email EMH at emhpros@gmail.com.