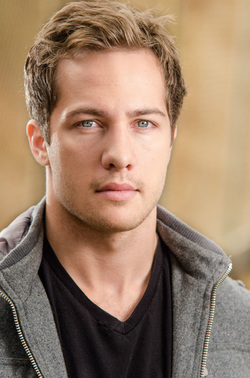 Our leading man really does mean it when he says he lives by Carpe Diem.  Having had the privilege of spending a impromptu afternoon with him, EMH Productions can attest to a true gentleman full of fun, adventure and a strong drive to be the best!

"After graduating from the University of Colorado at Boulder in May of 2012, Brandon eagerly made his journey to Los Angeles to pursue an acting career. Since arriving in August, he has managed to find representation in theatrical, print, and commercial. After just three short months, Brandon landed his first lead role in an independent short film titled Anachronic. After a quick year, a national commercial for AT&T found him. Brandon is loving his training at Seydways studios where he's working with a true master of the craft-Richard Seyd. Besides acting, Brandon enjoys playing basketball, working out, meeting new people, reading, and spending time outdoors with family and friends. This southern cowboy loves nothing more than spontaneous adventure, and lives by the saying Carpe Diem." 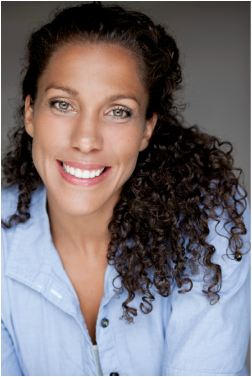 Having known "Ms. Dallas" many years now, it is a great pleasure to have her in this production.  I remember her in "Last Days of Judas Iscariot" and seeing in her the strength, drive and determination she no doubt not only embodies in her career but in her time as an instructor.


"Cynthia is happy to return to the stage after a long hiatus. Originally from Pittsburgh, PA and a proud graduate from the University of Illinois, Cynthia has been living and working as an actor in Los Angeles for 8 years. Her stage credits include The Last Days of Judas Iscariot, The Crucible, One Flew West, and Moby Dick the Musical. Some of her TV credits include co-starring roles on 2 Broke Girls, About a Boy, Days of Our Lives, and i-Carly in addition to several national commercials. When she's not acting, Cynthia works as a fitness instructor and an assistant varsity girls basketball coach at Burbank High School." 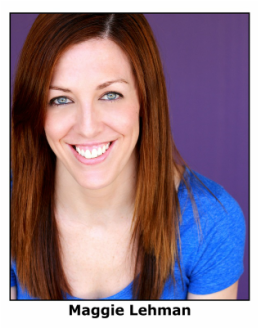 Maggie has such an amazing spirit and I know she sees right into the heart of Erica.  It makes her being Josslyn's sister all that more interesting to explore.  Can't wait to see it happen as we connect on stage!


Maggie is honored to be working with this incredible team.  This is her EMH Productions debut.  Her most recent credits are appearances on Criminal Minds and Days of Our Lives.  She is a member of the Anthony Gilardi Acting Studio. 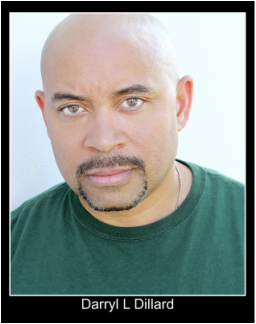 
Darryl wrote to me when submitting his bio:  (Apologies.... But we ALL FEEL THIS WAY!)
"I need to get better at this."  - Nice to see it being honestly admitted.  And that is partly what makes Darryl such a great actor.  Happy to have him on board!  We welcome you!

"Born in North Carolina, and raised in Md., Darryl was always performing. From singing for his family, to the children's Christmas show, he was entertaining from an early age. After spending time on the football field, he returned to acting in college, where his love of acting and creating really grew. It was there he realized that this is what he wanted to do. After spending time in New York, he decide to make the move to LA." 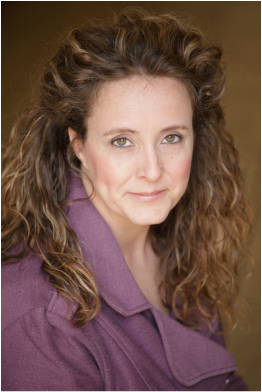 It always feels weird to put myself on my site.  Yes, I wrote this play so I could act in it, but that's not the main reason.  I had a story to share and having the chance to write it down and then actually say the words on stage is humbling to say the least.  Thank you to the cast and my directors for taking the journey with me.  Appreciated more than I can possibly put in words.  :)

This play and my character are, as with all my writing, a facet of my life experiences and my own personality.  However, the challenge as an actor is to then look at it with fresh eyes and find what makes Josslyn different from me and tell her story too.  That just makes the writing all the better in the end.

In putting forth this production, I hope to find greater clarity in the writing, and ultimately make this story stand on its own so no matter who is telling it, the audience has a connection and a true experience.

Thanks again everyone for participating, for supporting and for the feedback.  - E 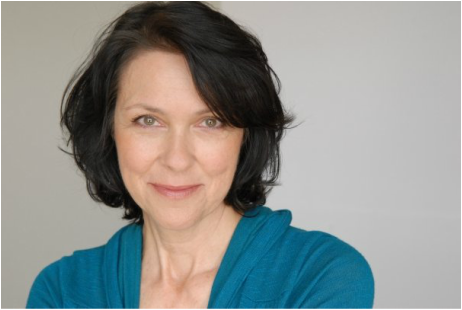 
I first me Deborah during the The 68 Cent Crew Theatre Company's "13 by Shanley" festival where we did all 13 plays and she directed most admirably:  "Beggars in the House of Plenty".  It was a life changing experience for many of us and I have strived to bring her enthusiasm, her whimsy and her directness to my work as a director because of it.  I am happy to haver her board and thank her, no matter how many times she may tell me "I f*#king hate...." in my script, lol.  Without directness, we don't grow.  Thank you Deb, for being the sun to grow towards.


Deborah Geffner is an actress, writer, director, filmmaker, animal-lover, and mom. She is best recognized for her role in Bob Fosse's Oscar winning film, All That Jazz. You can see her on TV in Scandal, Mad Men, ER, Grey's Anatomy, Monk, and Criminal Minds, among others, and in films such as Living Out Loud, Infestation, and Exterminator 2.  She has loved acting ever since the age of five when she filled in for the little boy who got the measles on opening night of The Caucasian Chalk Circle at Carnegie Mellon.  She has recently become an award winning film and theater director, as well as writing and producing some of her own projects.  She considers directing very relaxing.  After raising two brilliant, fascinating daughters, she finds it refreshing to have people actually listen to her. www.DeborahGeffner.com & www.DeborahGeffnerPhotography.com 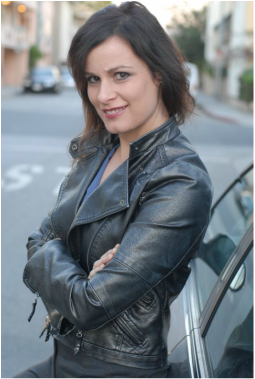 Ms. Heidi... where would I be without you?  Still trying to figure out this script!!!!!  Heidi is a force to be reckoned with and I have nothing but mad respect for her.  She is a guiding force behind the many revisions to get me to this point, I thank her and her living room for the quiet space to exist and tell my story.