One Strand of Pearls crosses time, boundaries, & lives.  It weaves a deeply affecting story of love, of loss, hilariously touching moments & finding a strong sense of self we all desire. 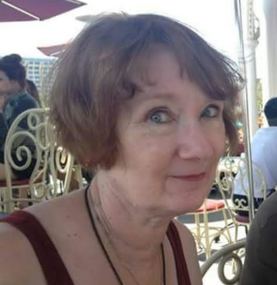 This is Shelly's first turn in an EMH Production. She was most recently seen in Vinegar Tom for KOLT Run Creations and in Lips and Keely And Du for the same company.  Shelly performed for many years as a leading actress for the Sacramento Shakespeare Festival/Shakespeare In The Park. A part of the Sacramento theatre community for more than thirty years, Shelly was a founding member of SARTA and is  a multiple Elly Award nominee and winner. This one is for Roxanne, who always nags me to act more often. Here ya go, Sweetie. 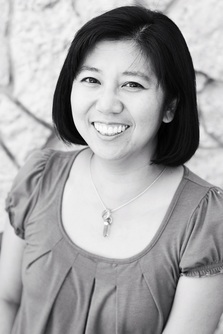 This play has a special place in her heart and Gayle looks forward to the laughter, working with old/new friends, and sharing these women’s stories again, especially with those who missed it last year.  2012 marked Gayle’s return to theater and, ever since, she’s been going head first into it with much enthusiasm.  Recent roles include Mu Sochua in NCJW’s production of SEVEN, Angie in Spittin’ Image, and Jackie in Hay Fever with the Art Theater of Davis.  She’s also run around in the dark for such shows as Theater One’s Getaway Service Guaranteed and AToD’s Playing with Fire. Much love and thanks to the directors, cast, crew, audience, and especially my family & friends for their support in my moments of “playing pretend”! 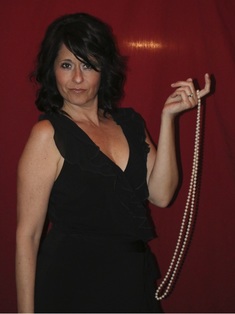 Denise is so excited to be working again with Producer Director, Elise Hodge and this beautiful cast.  She played the role of Virginia in EMH's original production, After Hours in December of 2013. Denise is also a member of The Actor's Workshop of Sacramento and has performed in productions including; Gore Vidal's The Best Man as Alice Russell, River City Anthology, and several roles in The One Act Comedy Festivals. She hopes you will enjoy the new journey of String of Pearls as much as she does. 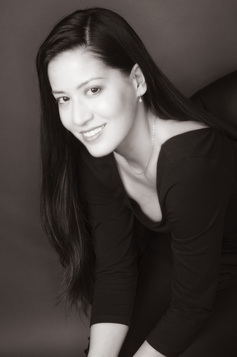 After working behind the camera in film production and graduating from Santa Clara University with a BA in Communication (Video Production emphasis), Marcela first stepped onstage in The Actor’s Theatre of Sacramento’s Occupy Xmas, Annual One Act Festival, and most recently, William Shakespeare’s The Merchant of Venice. Film credits include “Snapshot” and “The Paradise Club”.

Marcela is excited to work with EMH Productions once again! She went from controlling the lights with her technical work in My Fellow Creatures, to performing under them as a pill-popping, closet-genius of a teenager in Dog Sees God: Confessions of a Teenage Blockhead. Marcela is looking forward to seeing such a wonderful group of women breathe life across the years and lives of String of Pearls. 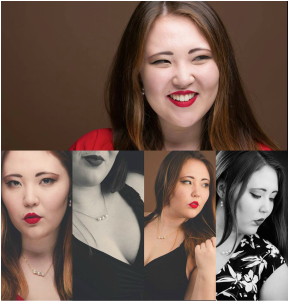 Yuri Tajiri is excited to be doing her third show wiht EMH Productions!  She was last seen in as Dani in Blue Panther's Production of Dinners with Augie.  She has also been seen in Green Valley's Rocky Horror Picture Show, Pistol in Big Idea's Merry Wive and Linda in Evil Dead the Musical at Sutter Street Theatre.  She graduated from CSU Sacramento with a BA in Theatre Arts and enjoys working as a portrait photographer when she's not on stage.  Many thanks to her wonderful director, cast and crew. 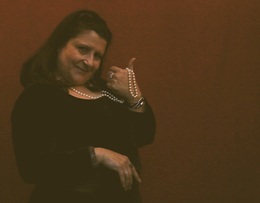 Christine Lovette is thrilled to join for the second time the talented group at EMH Productions.  She has played Mrs. Putnam in Falcon’s Eye Theatre’s production of The Crucible and Mrs. Yang in Good Person of Szechwan.  She is also a member of the Actor’s Workshop of Sacramento and has been for many years.  She has performed in several of their productions including Spoon River Anthology, Museum, Vital Signs, One-Act Festival of Comedy, The Best Man, and The Art of Self-Defense, for which she received an Elly Award Nomination.  Also, she played the abstract characters The Spirit of Sacramento Floods and The Delta Breeze in the production of River City Anthology, a cooperative effort between the Actor’s Theater of Sacramento and the Sacramento Poetry Center. 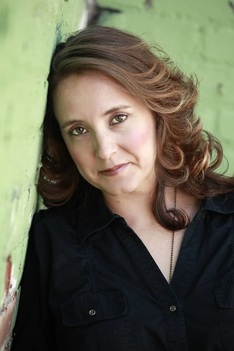 ﻿It is such a joy to be joining these amazing ladies on stage this time for our Revival!  I am honored and excited to have Deborah Shalhoub step in to take the reigns while I am on stage with these lovely and talented women.  ﻿


As the creative director of EMH Productions, I find it such an amazing thing to be able to sometimes get myself on stage with people.  This play has so many wonderful characters and I love all of them.  Cindy in particular strikes a chord with me along with Helen which is why I chose to take them on this time around.  Such completely different women and the challenge as an actor will be to share those differences with our audiences.


Looking forward to seeing this take flight as our journey soars to new heights! 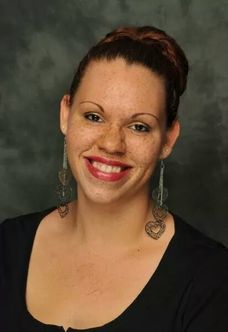 Erin is excited to be back on stage reviving this funny and sweet show. After taking a break from theatre she is thrilled to return to the stage and do a show that brought such joy the first time around. When not wearing pretty (low cut) dresses and chasing security-in-a-wedding dreams, Erin's time is focused on her community work through the Elks lodge and as a SARTA board member and running the very successful makeup company Screaming Star Productions with her extremely talented business partner. Erin would like to thank her boyfriend, friends and family for their continued support and love as she runs around crazy doing ALL the Things! She hopes you enjoy the Pearl journey and take away the 6 (or Less!) degrees of separation idea that it lays out for you. 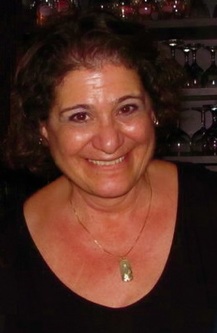 I am thrilled to be working with EMH Productions and Elise again---I had such a wonderful time in her 2 shows Moving Mountains and After Hours. I am passionate about bringing artistic vision to life in my first-time (rapid heartbeat here!) capacity of Assistant Director in this "back by popular demand" show, String of Pearls! (thanks for the "words", Atim!).


I am looking forward to improving my directorial skills with Elise's guidance and trust! I look forward to working with this wonderful cast of talented ladies---many of us have shared the stage in some great shows! Thanks, Elise, for the challenge! This one is for L&A, Pete & Gregg and family for their love and support. 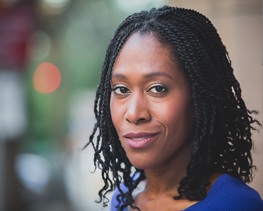 Atim Udoffia is pleased to be working with EMH Productions in a new capacity as a first-time producer, having previously appeared on stage as Nola in AFTER HOURS.  She is eager to find ways for theatre to embrace a wider and more diverse population of both collaborators and audience members, and she is happy and hopeful that this production of String of Pearls accomplishes both. As an actress, her local theatre credits include CLYBOURNE PARK at Capital Stage and the role of Harriet Tubman in THE CONDUCTOR: HARRIET TUBMAN AND THE UNDERGROUND RAILROAD at B Street Theatre.  Atim spent over a decade in Los Angeles performing in fringe theatre and short films.  She is also a writer and is currently developing a stage project to perform her short stories and scenes to live music. Atim is a graduate of Stanford University and the London and International School of Acting.

EMH Productions is proud to present these wonderful women in this beautifully written play by Michele Lowe.  Women's voices are so integral in our community and this play helps us see women throughout time and place and race in ways we don't always think of but can relate to so strongly.

As such, we are so happy to be working with 3 very important women's groups in our community:


Special thanks to Atim Udoffia and Deborah Shalhoub without whom this particular production would not have been possible.  I thank them from the bottom of my heart for their love and support of the arts!