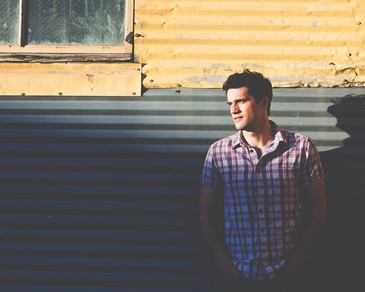 These Lonesome Roads is Dan’s second play, but a first foray into a full length two act piece. His first play, A Tiger Without Mercy about boxer Jack Dempsey, was a one man show he then also performed at the Geery Theatre in 2013, directed by Anthony D'Juan.  Acting credits include: Strangers On a Train (The Actor’s Theatre), Antigone (KOLT Run), In Absentia, Carapace, Seminar (B Street), Clybourne Park, Macbeth  (Capital Stage), The Hound of the Baskervilles, Twelfth Night, Of Kites and Kings, Romeo and Juliet (Sacramento Theatre Company), Look Back in Anger, My Fellow Creatures, Liar (EMH). New York stage credits: The Singularity, Arousal, The Lover (The Flea Theater). Los Angeles: Maple and Vine (Chance Theater), 4000 Miles (West Chester Playhouse). San Francisco: Sweet Bird of Youth (Tides Theater). Thank you to Elise for making this production happen.


A NOTE FROM THE WRITER:

Growing up in Wyoming, I was a world away from theatre. There is virtually no theatre to speak of in Wyoming, and it was after I moved to California and started acting that I discovered there was no Wyoming in the theatre. I was a product of two worlds that were complete strangers—rural America and the stage. I am forever defined by my country roots in ways that are apparent to others and in other ways apparent only to me. As an actor, the stage is where I felt most in my element. It therefore made sense to write something that merged these two worlds and to tell a story about a way of life that is unknown to most people, yet a part of American society that is uniquely its own.

There is a saying:  "Write what you know."  A roughneck is a term used to describe an oilfield worker. For some it’s seen as a term of derision, for others it’s a badge of honor. I come from a family of roughnecks. My grandfather, stepfather, and brother all paid their dues in the oilfields. I spent a brief stint myself on a rig.  I know about the life these kinds of men have led compelled me to share it, as opposed to a tell-alll confession of my own life experiences.  This is a play about people who come into our lives and change it forever. It’s not a love story, but it is a story about acts of love. There are times that our roads cross paths with someone and the very experience alters our trajectory. I don’t believe in happy endings but I do believe in the power of love and I’m convinced that to give and receive acts of love are greater than anything else in the world. With that said, this play does not have a definitive take away message. My only hope is that it will mean different things to different people and ultimately touch something inside those who experience it.
- Dan Fagan